Exploring Character as Power in Writing

I'd like to welcome Mary Beth Gibson to the blog today. Once a month, I plan to introduce you to other authors. Hopefully, you'll discover some new favorite reads. Mary Beth writes The Duncullen Saga, a historical trilogy. Make sure you add a comment at the end of this post for a chance to win a signed book from the author.

Here's what Mary Beth has to say about the power of character development:

I don’t think Booker T. Washington was referring to novels when he made the statement, "Character is power," but it’s appropriate for those of us who weave tales of fiction. In a great story, I believe compelling characters trump genre. Case in point, I don't typically read fantasy, yet George R.R. Martin’s intriguing cast in Game of Thrones turned me into a rabid GoT addict.

So, as an author, how do I get my readers to become enchanted with the players in my historical trilogy, The Duncullen Saga? Can I make them captivating enough to engage a reader’s emotions and sensibilities through three books?

Barbara’s post, 4 Essential Aspects of Interesting Characters, is a great guide. She proposes writers must give their characters:
Like many historical novels, my books have lots of characters, but only one appears in all three—Nan Scully Dillon. How does she meet these four requirements?

In Book One, Aroon, Nan's parents, in the early 1750s, navigate rural Ireland where a Protestant gentry has squashed its Catholic counterpart. Young heir, Richard Lynche, does not fit his father’s ideal of a son and is denied an academic life. In his intense loneliness, he falls into the loving arms of the new maid, Eveleen. Such a relationship was illegal and, not surprisingly, things do not go well.

Within the turmoil, Nan is born out of wedlock. Her mother becomes disowned and unemployed with little help or support. To make matters worse, the child has colic. Here’s an excerpt:


[Neighbor Mrs. Farrell] looked to Eveleen. “Me husband is riled. He barely slept a wink. Ye’ve got to keep her quiet.”

Eveleen rose from her pallet. Tears fell once again. “I did all I could, Mrs. Farrell. I got no peace meself.” And thanks to her and her blasted husband, she was getting none still.

Her neighbor frowned and placed her hands on her hips. “I’m not here to listen to yer sass. There’s folks who don’t have the Big House handing them lodging and eats without working themselves into an early grave. We toil for a living and no one around here’s likely to put up with a crying infant keeping them up nights. Ye’d best muzzle the little bastard!”

With that, Nan awoke and began to cry.

“God save us!” the woman spat and stomped out the door.

In Book Two, Harps Upon the Willows, the story picks up fifteen years later when the peasants form a secret agrarian organization, called the Levellers, who rise up against homelessness and starvation. Nan is a rebellious teenager, still suffering snubs on all sides. She is determined to work behind the scenes for the Levellers' cause.
From Book Two: 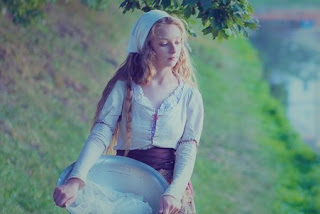 [Local priest, Father Alistair said,] “Those with fervor such as yours must move carefully, Nan. Your intensity will become your downfall.”

She leapt up and faced him. “Isn’t it worth it, though? Levellers risk suffering the gallows for what is right…These fellows could sit in front of their hearths and get old smoking their pipes, but they don’t.” She stopped as though gathering her thoughts, then sat back down. “Some things are worth dying for, aren’t they?”

Alistair took a deep breath. “…What you believe you can change traipsing around in the night is not worth it. The Levellers are dangerous because they dare so much. They cannot afford to be identified. Stay safe. Stay home. Your mother needs you.”

Of course, Nan doesn’t listen. But what of her character essentials? 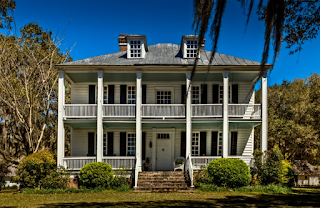 In Book Three, Patience Can Cook a Stone, Nan and her husband have moved to 1780 South Carolina.
With their four children, they work as free servants on a backcountry plantation during the American Revolution. Her temper and determination to be treated as a full human being follow her.

In this scene, the mistress attacks Nan's nine-year-old daughter, Baby, with a fork. When her eleven-year-old, Mary Edith, pushes the woman down, the lady has a stroke. Nan is with the slave healer, Mama Juba, who puts healing salve and senna leaves over Baby’s wounds.
Baby spoke in a small voice. “Is Mary Edith gonna get flogged, Ma? She was trying to save me.”
Fury bubbled inside Nan. “Let ’em try to whip my child. I’ll snatch that cat o’ nine tails and turn it on any clod who risks it.”

Mama Juba glared at Nan. “Another foolish white woman lettin’ her blood get too high.” She pointed to a pot cooling beside the fire. “You best drink some of this sassafras tea. You be needin’ a good spring tonic to clean that blood of yours. You gonna get yoself kilt.”

And the four essentials?
Nan’s power as a character comes from her driving desires, secrets, contradictions, and vulnerabilities.

Like real life people you know, readers find Nan frustrating, yet heroic. She certainly keeps them on the edge of their seats.

Which characters have struck you the same way? Let Mary Beth know your thoughts on character power in the comments. From the comments we receive, I will draw a name for one lucky person to win a signed copy of one of Mary's books (deadline to enter Sept. 20, 2020).* As an added bonus, if you sign up for Barbara's newsletter, you will get a second entry in the drawing and a free e-gift from Barbara.
*Prize can only be shipped within the continental US.

Thank you for the "Four Essentials" and for showing how they were used in the Duncullen Saga.

I look forward to incorporating what I've learned!

Unknown said…
The trilogy if wonderful, each with its unique storyline qualities and characters. You've certainly made the characters powerful, so thanks for letting us in on crafting them! I'm looking forward to making mine better.

Mary Beth Gibson said…
Hello Mike L. Thank you for your kind words. It means the world to me that you enjoyed my books. Thanks to SCWA for my growth, which continues, as a writer.
Mary Beth
September 16, 2020 at 9:23 AM

Valerie Keiser Norris said…
The series sounds fascinating, right up my alley! I look forward to reading the books!
September 18, 2020 at 10:53 AM

Popular posts from this blog

In my last post, Character Development: the Johari Window, I introduced the Johari Window as a tool for developing your characters. It's important that your character not know everything about their situation. These unknowns can lead to an intriguing story and create possibilities for conflict within the story.

Below, I have filled out the Johari Window as it might appear within the first few pages of book 1, Harry Potter and The Sorceror's Stone.

Three of the quadrants in this window reveal what Harry doesn't know about who he truly is and what happened to his parents. I could add a lot to the quadrants representing what he doesn't know, but I hope this gives you an idea on how a Johari Window might be used.

What do you do with this? Ultimately, you want your character, or other characters in the story, to b…
Read more

Catching up on Giraffe News

It's week 2 of the month, so that means I'm sharing giraffe news!I follow GCF (Giraffe Conservation Foundation) on social media, so when a podcast interview with Dr. Julain Fennessy showed up in my Facebook feed this week, I couldn't wait to listen to it. The 55-minute interview by All Creatures Podcast provides a great and comprehensive introduction to the history and mission of this crucial organization.GCF podcast interviewCrucial FactsFor those of you who can't listen right away, I thought I'd share a few crucial points:There are approximately 111,000 giraffe in the wild today. To put this in perspective, there are roughly 4 elephants for each giraffe, yet elephants receive more press about being endangered. The giraffe is experiencing a "silent extinction."New evidence points to the existence of 4 species of giraffes, not one:  Masai, Northern, Reticulated, and Southern. Of these 4 species, three of them are dangerously low in population.Masai popula…
Read more

The Bird and the Giraffe: Their Symbiotic Relationship 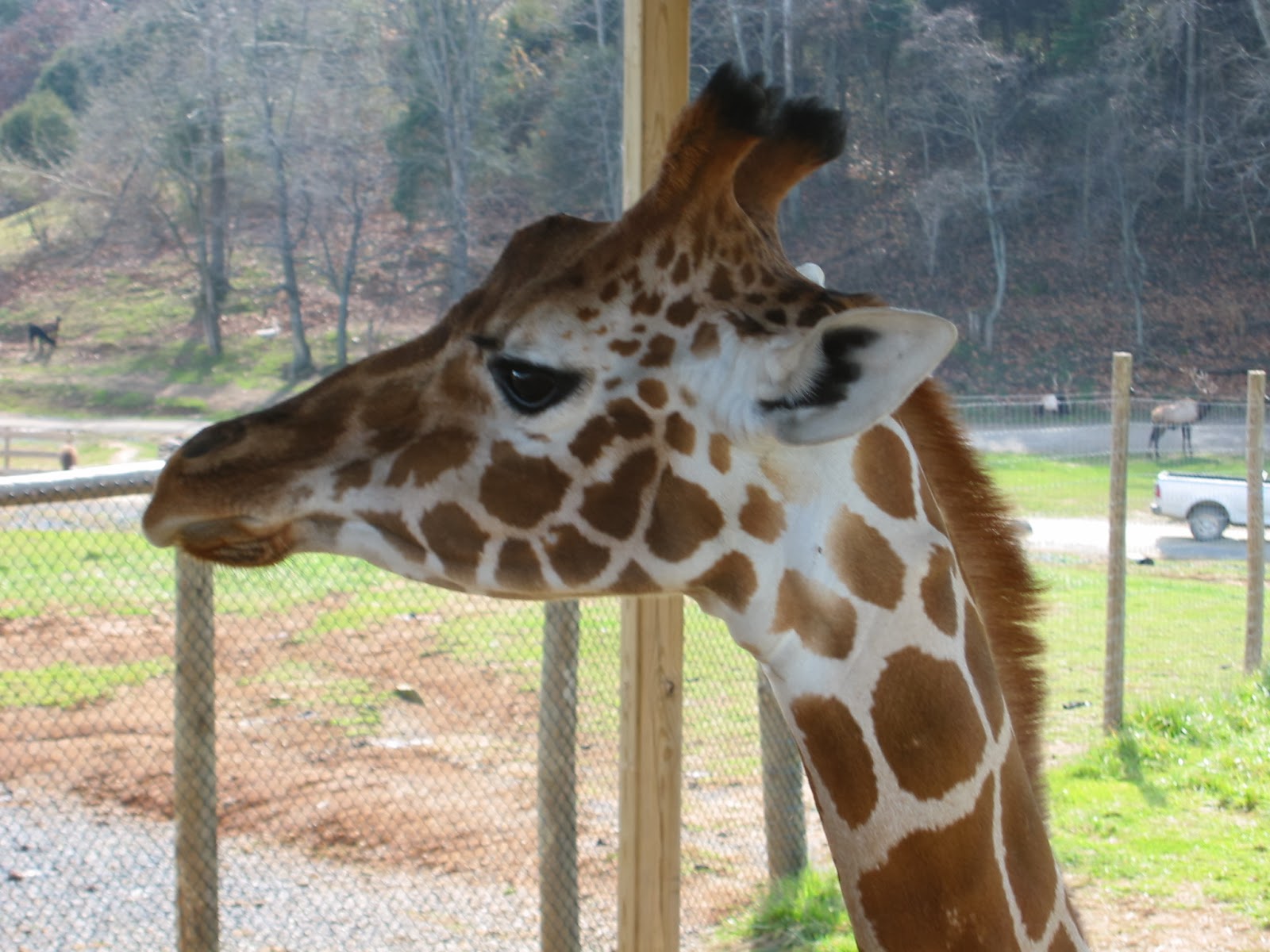 Barbara V. Evers
Greer, SC
Pushcart Prize Nominee and author, Barbara V Evers, writes about her passions including giraffes, other endangered animals, writing, and reading. She is the author of the upcoming series, The Watchers of Moniah, as well as a public speaker and workshop designer and trainer. She has a Master of Arts in Professional Communication and a Bachelor of Arts in Zoology. In other words, she knows how to communicate with animals...which is great since she writes about animals in her books.

Click the photo to join. Free gifts and giveaways for new subscribers!